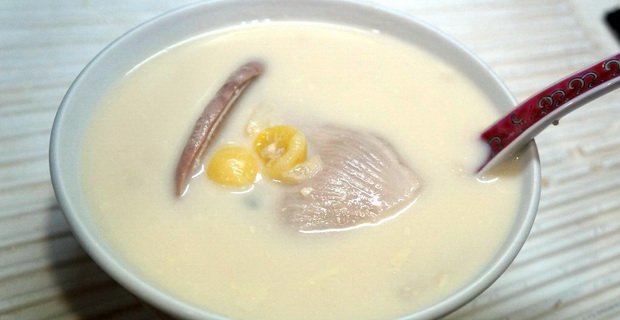 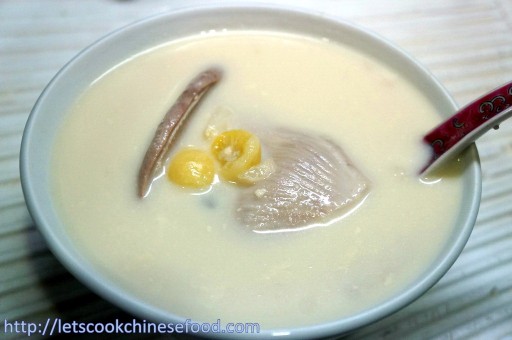 A. Preparation – Wash the Pig’s Stomach

1. Cut off the fat. Then, flip the Stomach and remove the dirt.

2. Use 1 tbsp of salt to rub with Pig’s Stomach for about half minute. Then, Rinse it and do this process again.

3. Use 1 tbsp of cornstarch and 1 tbsp of oil to rub with Pig’s Stomach for about half minute. Then, Rinse it and do this process again.

4. Put Pig’s stomach into boiling water. After 2 minutes, put it into water.

5. Scratch the outer thin layer off. Flip the Pig’s Stomach, cut the fat and rinse it. Then, flip the Pig’s stomach again.

6. Bring water to boil with a pounded ginger. Then, boil the pig’s stomach again for 3 minutes.

7. Put it into water and flip it again. The Pig’s stomach is ready for cooking.

2. Put the Pork into boiling water for 1 minute. 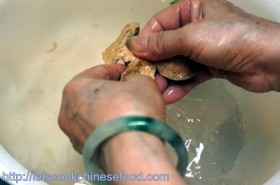 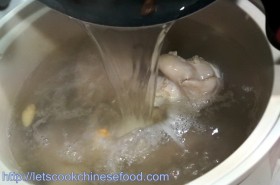 6.Put Tangerine Peel and the boiled ingredients into Slow Cooker. Bring water to boil over high heat. Then switch it to slow. 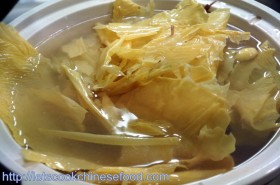 7. Rinse the Beancurd Sheet. Then put it into slow cooker. 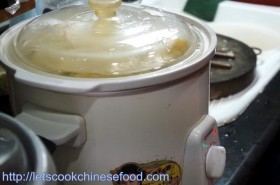 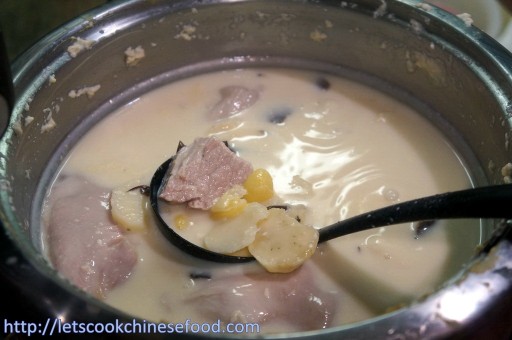 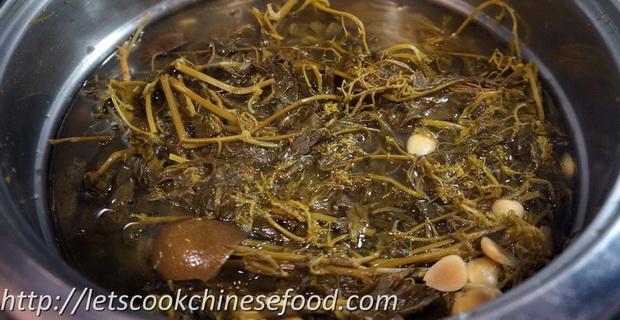 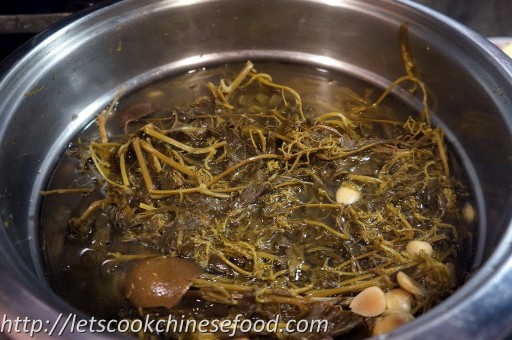 2. Put the pork into boiling water for a minute. Then, drain.

3. Rinse the fish. Remove the fish blood. Then, cook it in boiling water for a minute. Cut it into large pieces and put it into a soup bag.

4.Wash the Kudzu. Put the Kudzu into boiling water for one minute. Then, drain.

5. Put all ingredients into a pot. Bring water to boil on high heat. Then, switch to slow heat and cook for 3 hours. In the meantime, re-fill water if necessary. 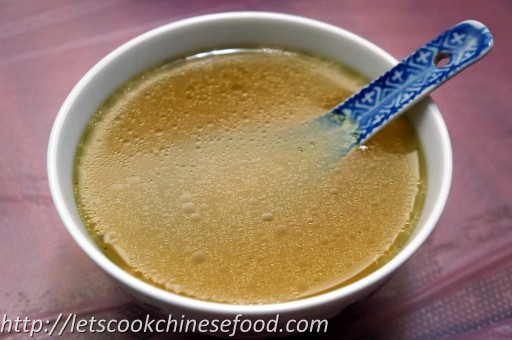